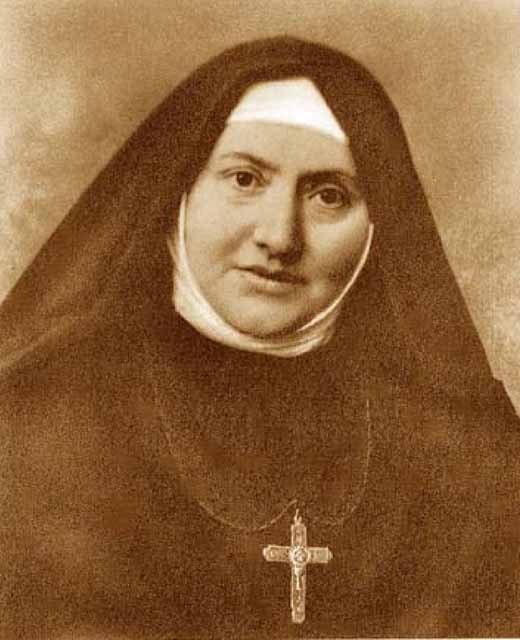 Geltrude Comensoli to the century Caterina was born in Bienno (Bs) on January 18, 1847.

He was born into a very large family of 10 brothers and sisters, of whom only three survived: Bartolomea, Cristina and Catherine.

His father, Carlo Comensoli, was a blacksmith in the local iron industry, and his mother Anna Maria Milesi was dressed.

Given the great faith that she had shown since she received her first Communion early in six years and in 1867 she became part of the Compagnia di Sant'Angela Merici.

On December 15, 1882, he founded, with Francesco Spinelli, the institute of the Adorable Sisters of the Most Holy Sacrament,
(from which the Sacramentan Sisters also originated) and to take the name of Sister Geltrude.

On November 1, 1894, he opened a nuns' house in Castelnuovo Bocca d'Adda and in the same years in Lavagna, in the province of Lodi.

It was declared venerable for the heroic virtues of Pope John XXIII on April 26, 1961.
October 1, 1989 was proclaimed blessed by Pope John Paul II and on February 26, 2009 he was canonized at the hands of Pope Benedict XVI.

Santa Geltrude's recurrence is on 18 February, day in which a procession is celebrated every year in the streets of the historic center in his honor.

Even today, the Santa's home is freely available in Via Contrizio in Bienno.