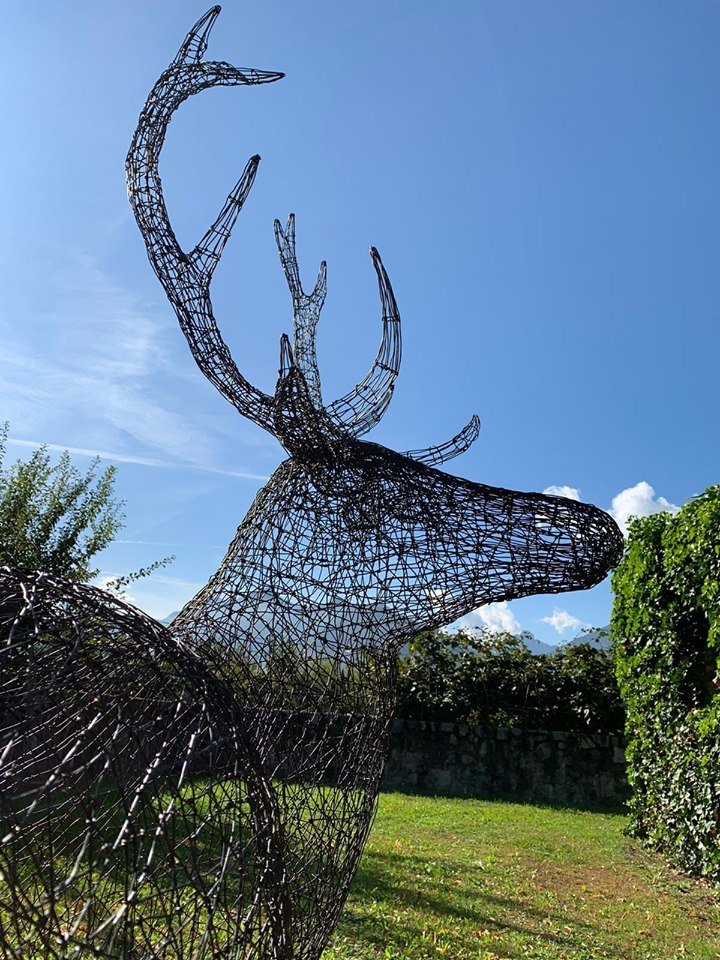 Sculpture composed entirely of woven and knotted raw iron wire, made in the period June, October 2019 by Ufuk Boy.

The name of the work is PERSISTENZA.

With this name I have tried to summarize the concept behind the work.

I wanted to find a common element in my culture of origin and in the local one.

The deer has been present in many cultures since ancient times and often bears the same characteristics.

This takes place in Asian, Greek, Roman and Etruscan culture until it becomes part of local traditions, in particular mountain ones.

Sacred animal to one of the oldest goddesses with many names depending on the peoples who venerated it.

The names best known to us are Artemis in Greek culture and Diana in Roman culture.

Wild goddess of nature, protector of rivers, sources, woods and animals, protector of life and dispenser of death, linked to female initiations.

The deer represents its shy character, elegance and austerity.

This cult reaches us without real awareness but as part of a tradition or effect of the emotion that pervades anyone who approaches a larger and wilder nature.

The nature with which we are surrounded has always been part of the life of the populations that inhabited it, the rock inscriptions testify to this.

From the strength of the Bienno river it has drawn the sap for its activities by producing fire and energy for its own forges, for the spinning mill and the mills.

From this nature it draws inspiration and fruits.

I have tried to bring here the soul of this wild nature, the soul of a deer enclosed in an iron wire mesh.

Iron is the main material in Bienno and the weaving technique is a tribute to the female, to the strength it generates.

The technique I used is the result of 10 years of work and study. It allows you to enclose the space without ever preventing the gaze on the surroundings.

It places itself humbly in the presence of a greater nature. I like to imagine that I can somehow create a place for the soul. 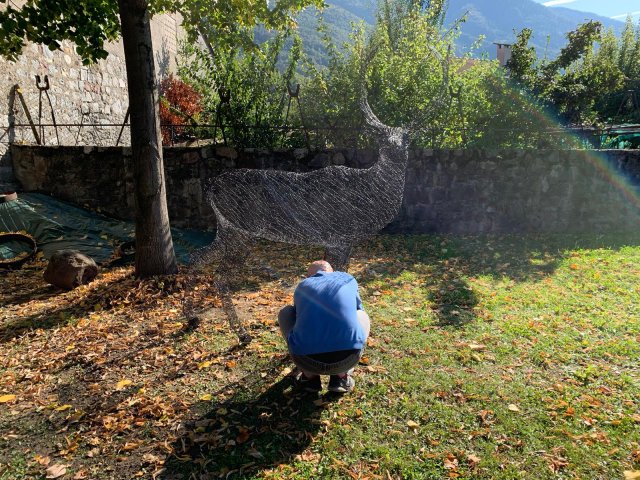 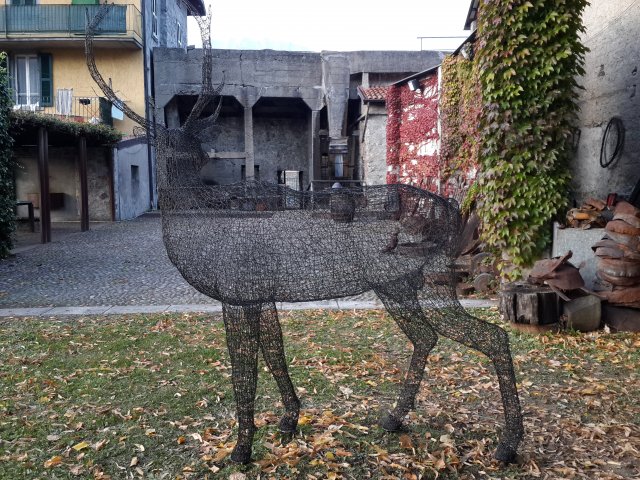 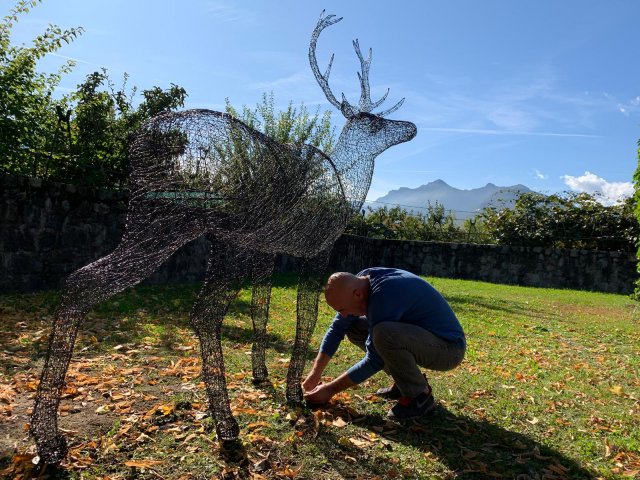