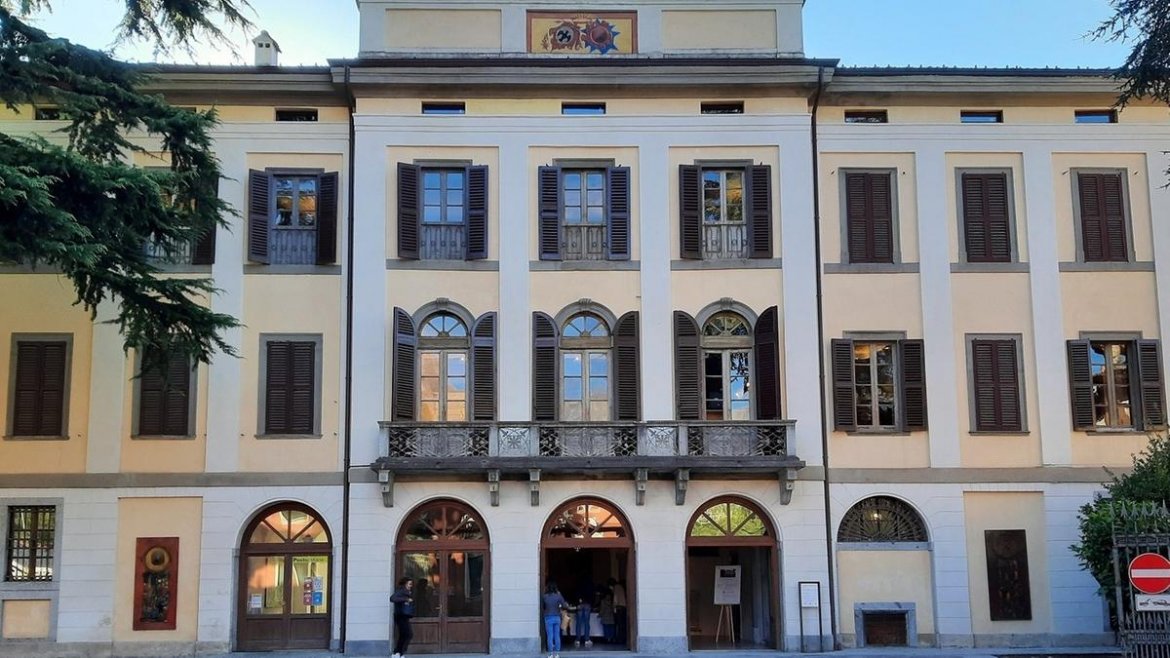 The structure is mostly nineteenth century, but also retains an older nucleus, developed in the seventeenth and eighteenth centuries by a fourteenth-sixteenth century building.

The symmetrical three-storey façade features sandstone cornices and wrought-iron railings with circular elements.
On the façade of Via Contrizio there is a large votive fresco by Fiamminghino.

Inside, from a room covered by six cross vaults supported by twin columns you can reach the upper floors climbing a granite staircase surrounded by three large portraits narrating the deeds of Alexander the Great, while on the ceiling you can admire the fresco of the Vulcan God portrayed inside a cave, helped by the Cyclops forge rich armor and armor.

In the large hall on the first floor, you can access the terrace, observe the various furnishing components of the period and the paintings depicting the Simoni family.
At the center of the room there are several wooden statues of the Death of Christ, of the Annunciata and of the Archangel Gabriel dating back to 1400, (first located on the Colle della Maddalena and in the Santella delle "Pihìne").
On the ceiling there is a fresco depicting the Gloria del Tasso with Fame and Envy.

Continuing along the corridor, walk along the frescoes of two armed guards with the Simoni family crest on the head and access to the Art Gallery Morandini, a collection of more than 40 works in all the rooms of the building.

Inside you can admire several retractable frescoes: the panoramic view of the Borgo di Bienno, the snow-covered Colle della Maddalena, various natural and rural scenes of classic taste.

In one room of the Palace and inside the Municipal Library, there are three 17th century sandstone fireplaces on which the emblem of the Simoni family is placed.

The palace remained a noble residence until 1935 when, at the behest of Countess Paolina Fè D'Ostiani, it was used as a kindergarten and remained so until 2001, when for safety reasons it was abandoned.

After some years of occasional use, since 2012, the Palace has become a place of culture and hosts local artists and not with its own laboratories and exhibitions.

During 2013 and 2021, the restoration of the second floor and the entire complex was completed.
Since 2016, the building houses the gallery donated by Archbishop Morandini to the City freely visited on Saturday and Sunday, assisted by highly trained staff. 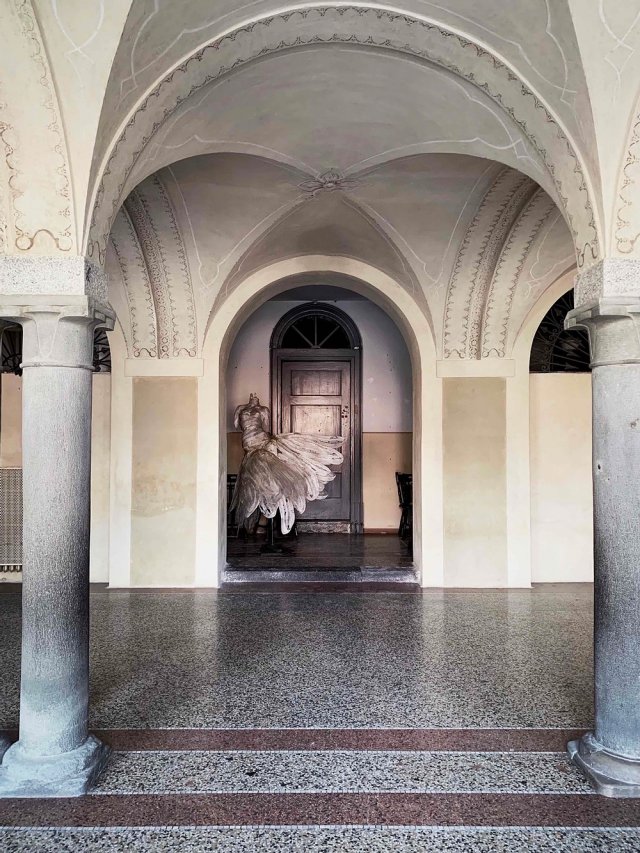 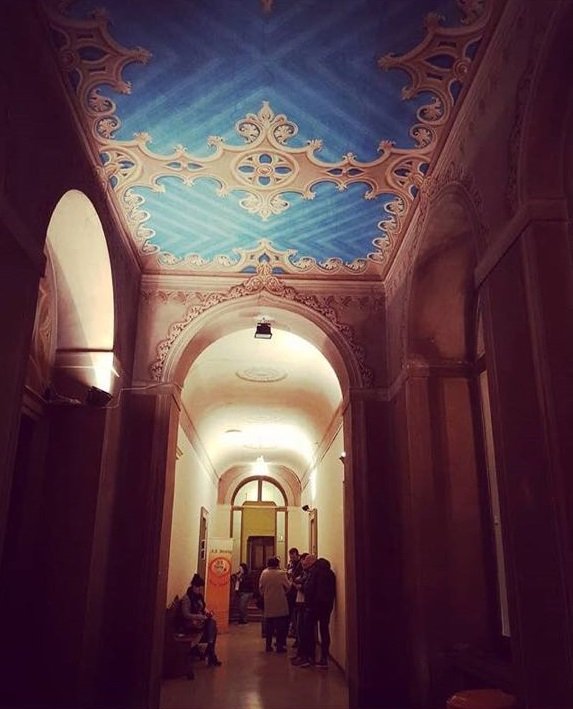 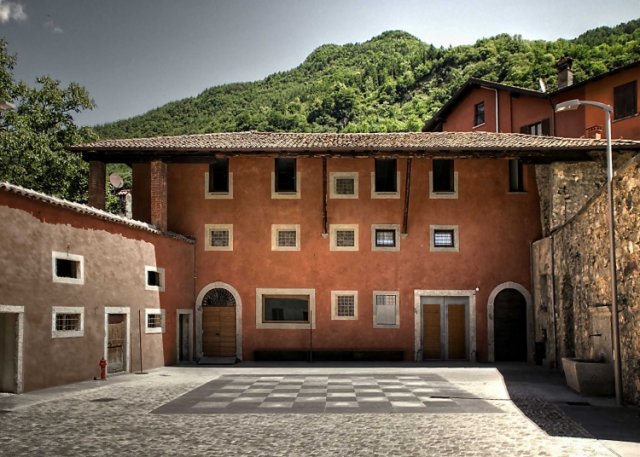