Goldsmith designer, lover of architecture and urban landscape. After studies aimed at getting to know the architectural world, he dedicates himself passionately to the world of jewelery, forming himself as a designer at the European Institute of Design (IED).

He learns new knowledge about materials and new technologies of goldsmith production, attending the Master in Jewelery Engineering at the Politecnico di Torino and learning the goldsmith's art at the Scuola Orafa Ambrosiana in Milan.

In 2014 he won the contest "Morellato International Jewelry Talent".

In 2015 he created "Urban Slivers Design", creating jewels inspired by urban architectural forms, with
the intent to imprison the emotion of living the city, the place and the space, capturing its essence.

It combines the new technologies of 3D printing with traditional goldsmith techniques, creating a link between experimentation and tradition.

To lose oneself in a place, to savor it, to understand it and to live it and then to tell it through a jewel is at the base of it
his artistic research.

He loves to use bronze, living metal that evolves by oxidizing over time, interacting with the wearer and his place, telling himself.

In September 2017 he exhibited at the Catanzaro Design Week.

In January 2018 he took part in Homi Milano as a selected brand in the "Tuttipazzeperibijoux" area of ​​Maria Elena Capelli.

Collaborate with goldsmith companies for product development and create customized projects for individuals. 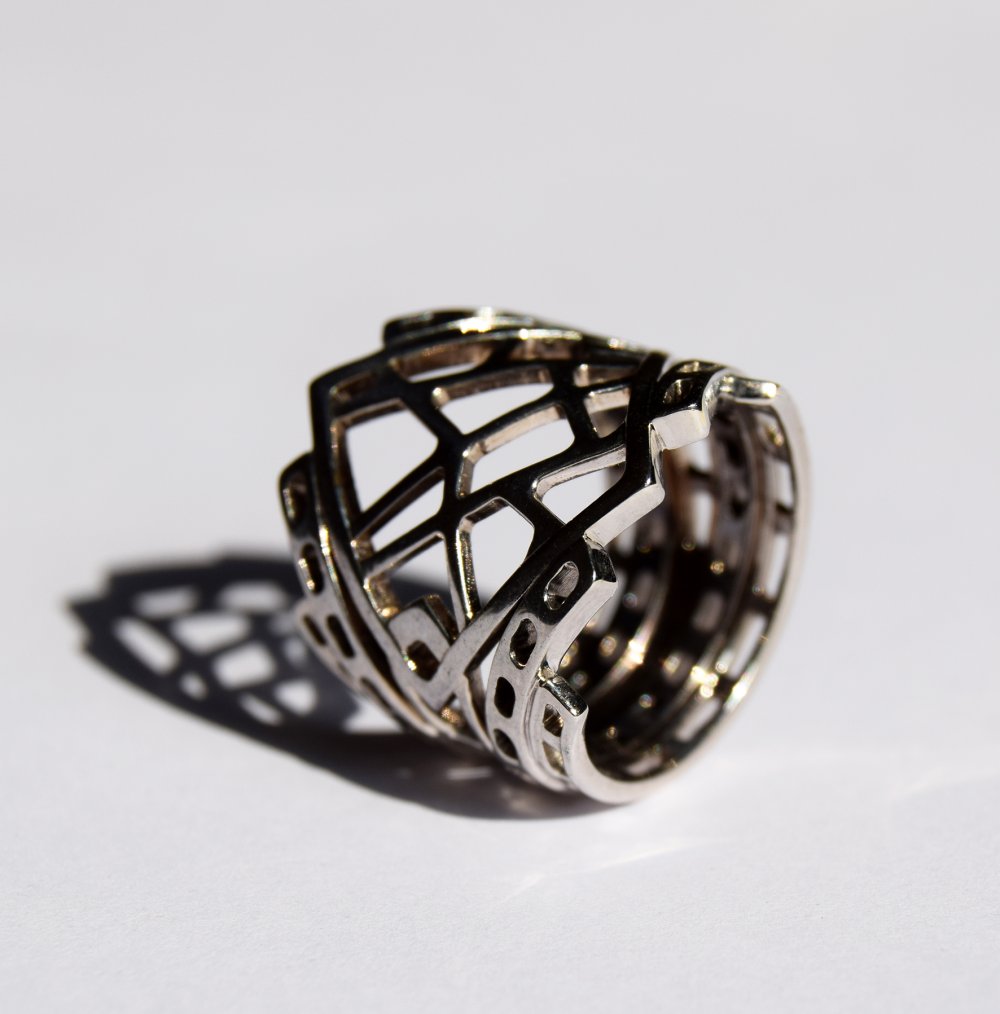