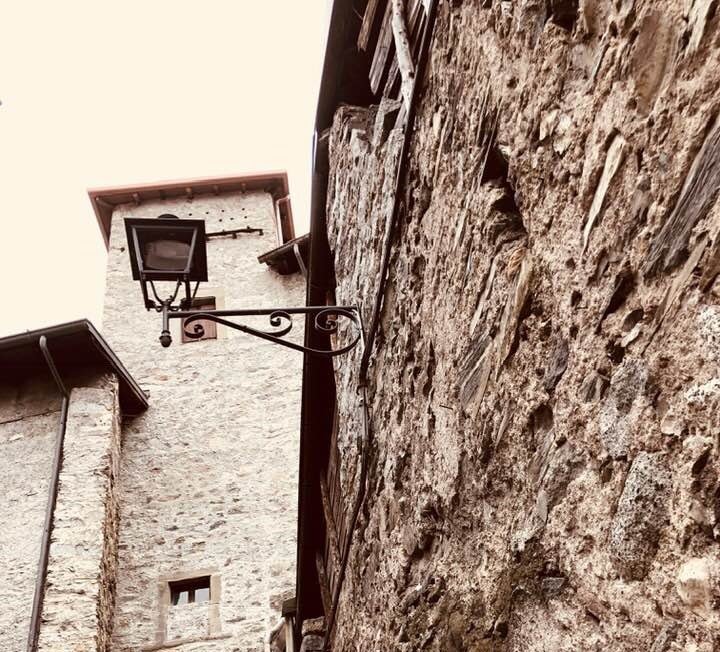 Bienno, also known as the "Borgo of the seven towers", still almost perfectly preserves four of the defensive structures typical of the late medieval period.

The structures had mainly defensive functions, the square-shaped walls were very thick and involved the reduction of the inhabited spaces and the windows on the inhabited area.

The latter, as well as allowing a view of the village, served as an entrance, thanks to the ladders lowered from the window closest to the street.

In this way possible external attacks were avoided, as there were no breakable entrance doors, in situations of danger the inhabitants of the towers just had to withdraw the access stairs.

Starting from Via Contrizio, the road that leads to the historic center, the first structure that can be glimpsed is Torre ADVANCED, the most powerful with its 17 meters high, 830 x 780 cm perimeter and 135 cm thick walls.

It can be immediately noticed how the tower is surrounded by a square-based wall enclosure and that there are no direct access doors but only windows, the closest to the road, as well as the smallest, as mentioned earlier served as an entrance.

Rumors tell that, during studies, on the back of the tower, in a crack of a few meters bordering a nearby building, human remains were found, now transformed into bones by time.

Continuing along the slope at the crossroads between Via Castello and Piazza Roma, Torre Rizzieri stands out ...

On the north-east side, overlooking Via Contrizio, the portal of access with ogive in simona stone makes a fine show, next to the entrance a slit was created to guard the entrances and exits.

Above the portal, in the 1950s, two small terraces were added both to the right and to the left, the upper part of the tower was massively restored and the two windows on the second floor were added, above them you can see a series of battlements dovetail, this was also added in the 1950s.

The south-west facade overlooks Piazza Roma with an added body, probably in the 18th century, characterized by the presence of an external staircase. At the corner of the square you can see two carved granite ashlars, one now undecipherable but the second depicts a Romanesque style head.

After the structure, continue left along Via Castello, once you reach the top of the first climb, in the square, between the new houses stands Torre Mendeni.

On the facade there is an entrance door on the ground floor and two windows, respectively on the third and fourth floors. Probably also on this side no openings were foreseen, but they were built and expanded later, when the threat of attacks was no longer so pressing.

You can also find a window on the first floor, with a simona stone frame, which has the purpose of illuminating a room with a cross-shaped face frescoed with decorative spiral motifs.

The battlements on the top are an addition from the last century.

Continuing along Via Castello, the meeting with Torre Bontempi is a must.

This structure differs from those encountered so far since it belongs to a different historical period, in which the Borgo had progressively compacted, the need was therefore no longer that of defending a single feudal family but the entire country.

The tower therefore becomes an element of a collective defensive system, a "city gate" which, once closed, was impassable.

Characteristic of this tower is the presence, at the top, of the dovecote, ventilated by small square holes, it has the characteristic triangular openings that allowed access to the birds. 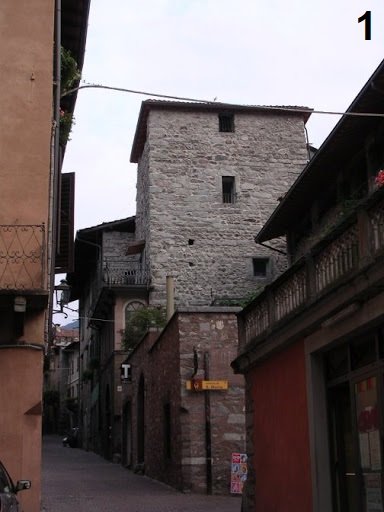 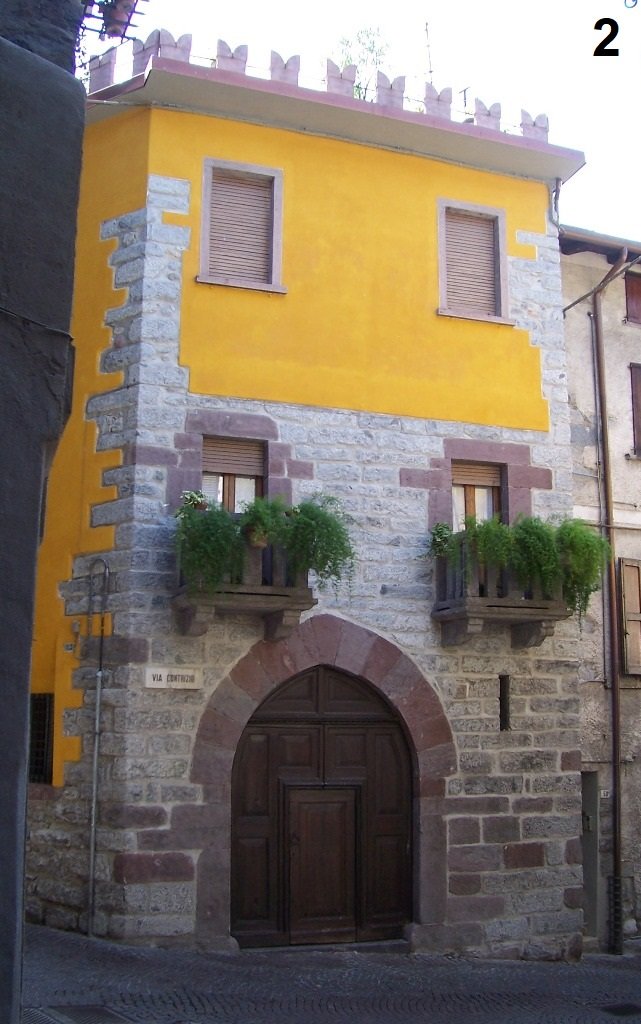