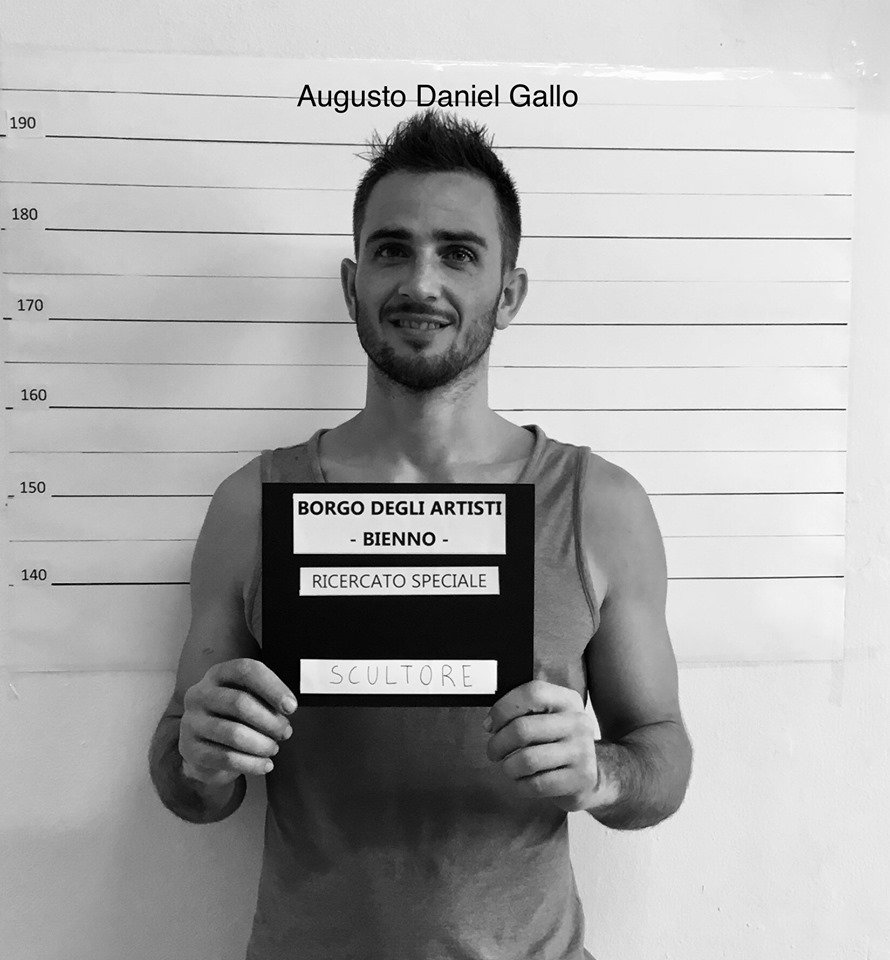 Augusto Daniel Gallo, born in 1984 in Argentina and artistically trained in Italy, worked as an illustrator, cartoonist and street portraitist since the age of 21 and then began his career as a sculptor in 2013, choosing iron, mainly scrap, as material.

His work blends abstraction with figurative art with a synthesis relationship based on deconstructivism that reveals the often incomplete structures of which his works are composed.

The voids are conceived as part of the space occupied by the subjects, being these witnesses of an indefinite existence in time, almost as if they had to be tangible only for a few moments; this is a characteristic that the eye of the viewer perceives as dynamism even in the most static proposals, revealing the ephemeral nature of life, represented through an extremely durable material.

Winner of the first prize at the international exhibition ArteRo 2014 (Rosario), he created 6 monuments scattered between Europe, South America and Asia.

Augusto is part of the "Borgo degli Artisti" of Bienno since 2016. 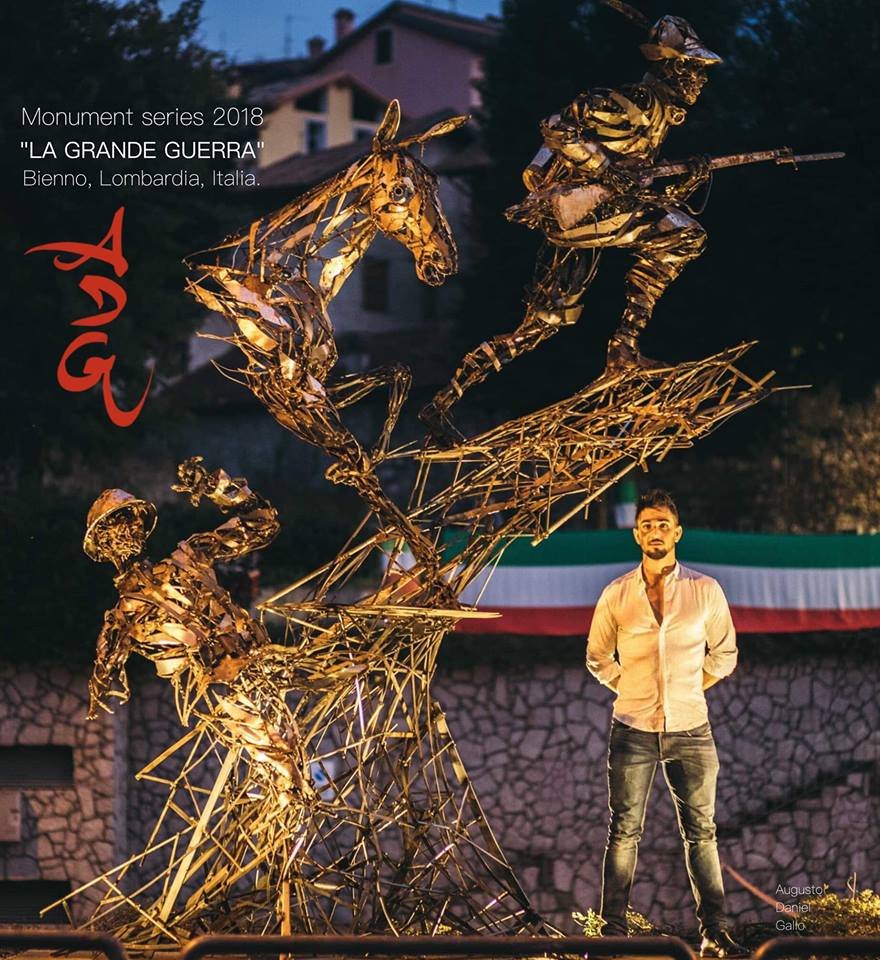 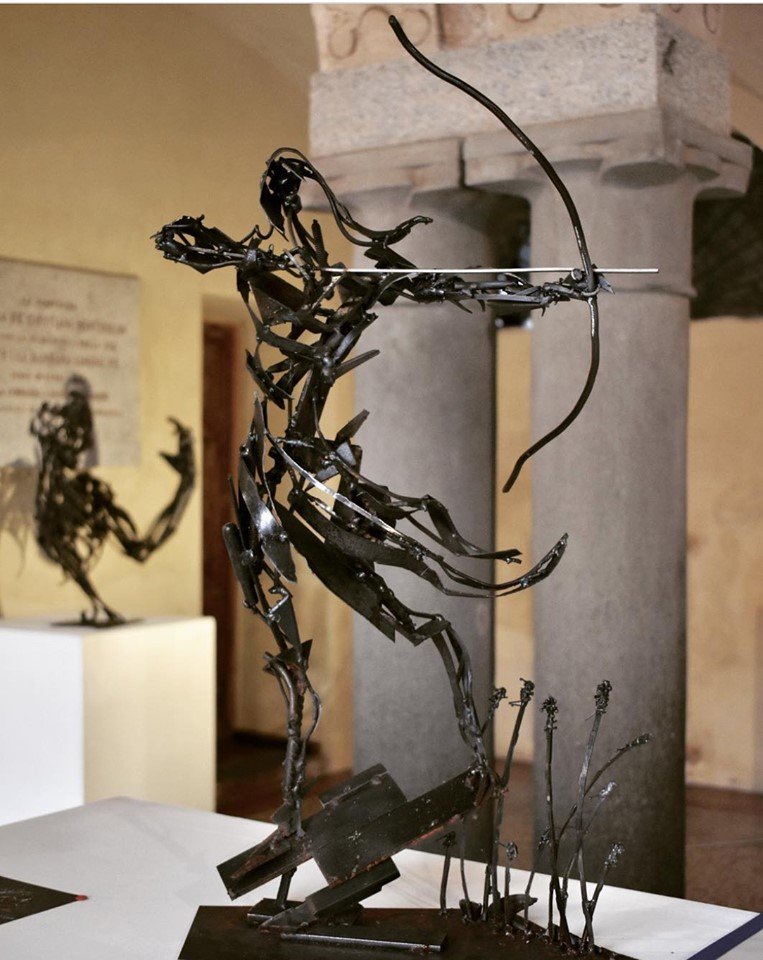 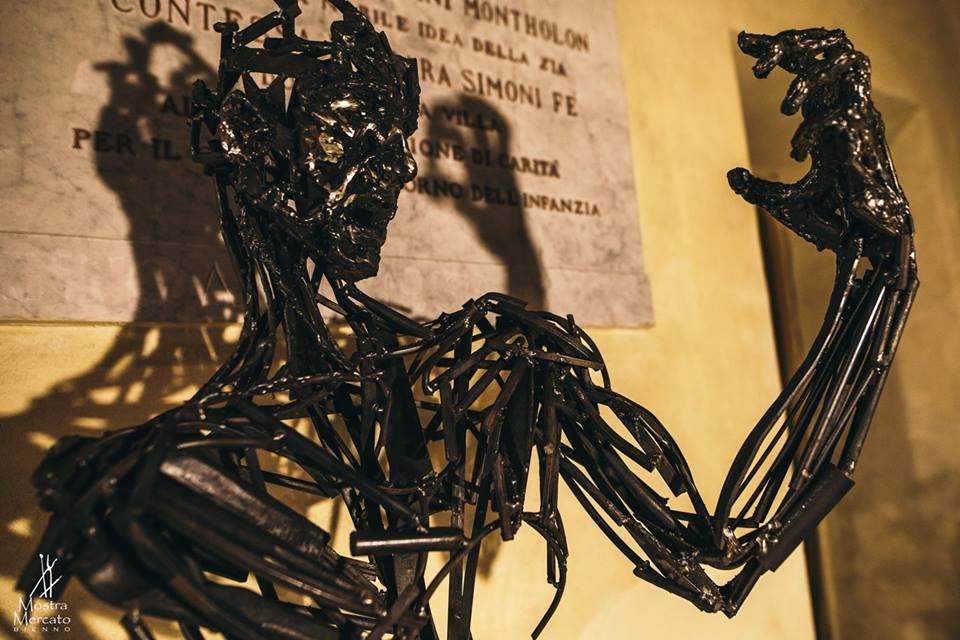 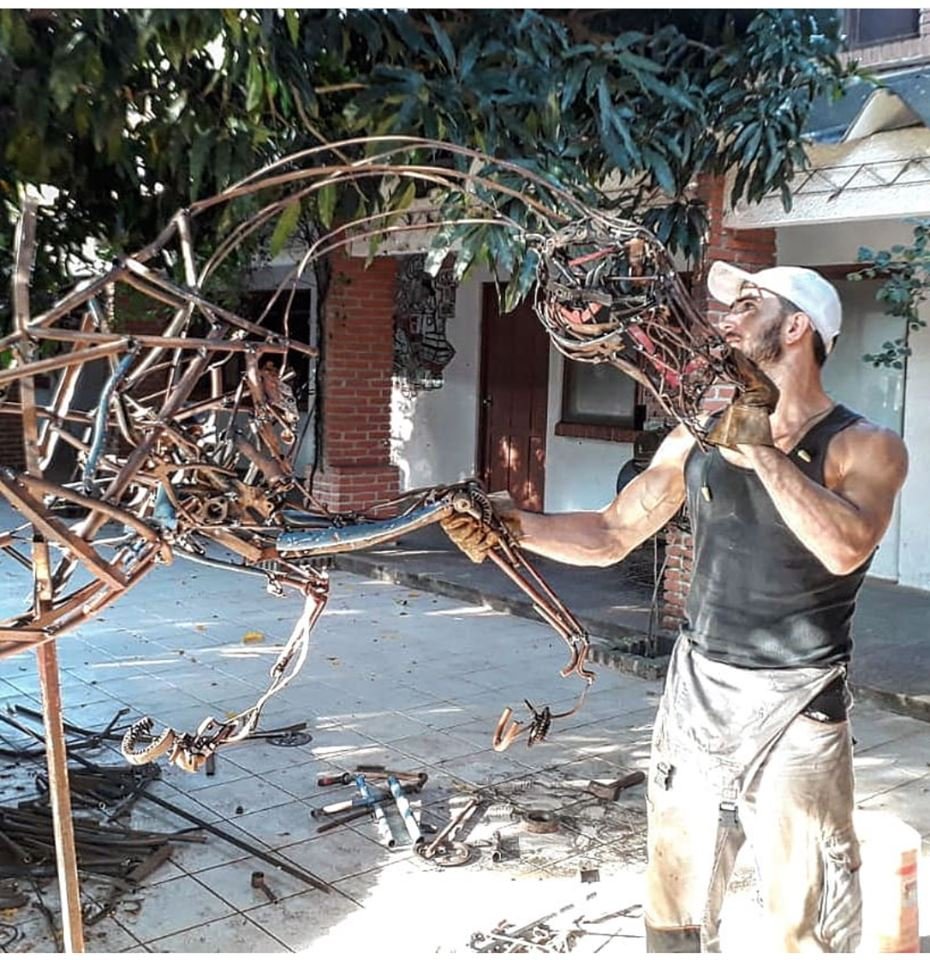