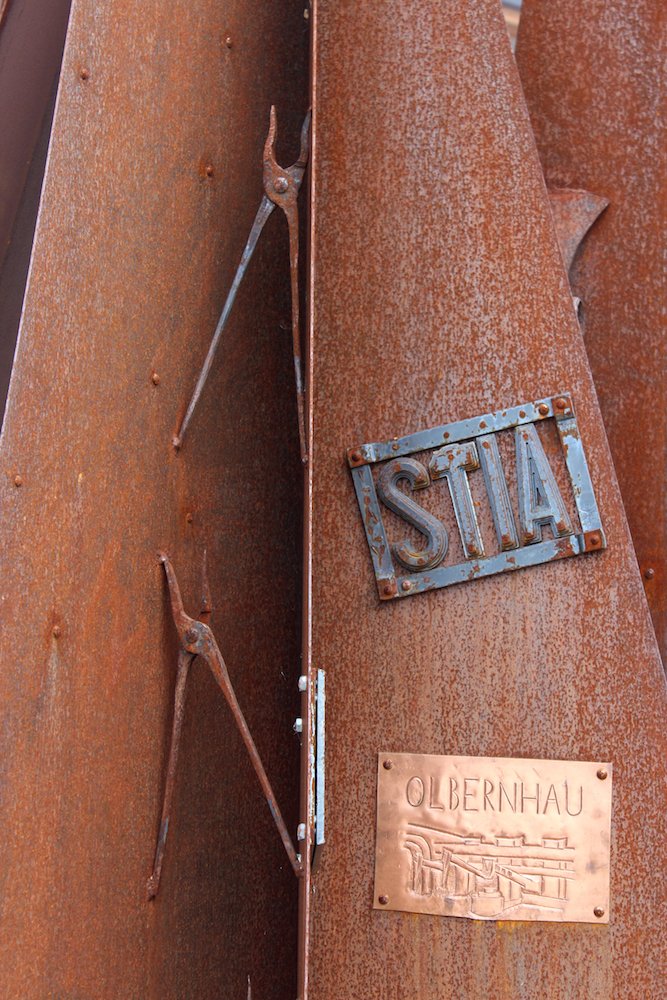 In the upper part of the town of Bienno you can find a large installation, built by Milena Berta, Chiara Gallo and Anna Regazzoli, made entirely of iron.

It was placed in a panoramic position, which allows you to dominate the entire valley below, the same visitors will be able to have a taste as soon as they arrive.

The installation is made up of metal plates, some with a circular conical shape and others square, which project upwards, at the base of which some tools useful for iron working have been placed.

On them were attached plates with the names of various European cities, but also in Norway, Ukraine and Russia, which adhere to the “European Ring of Iron Cities” project.

It consists of an association of towns and villages united by the tradition of iron working. In these cities, thanks to this project, we try to keep this ancient craft alive, also thanks to real encounters and art exhibitions. The municipality of Bienno is part of this "Ring" of 2010.

The particular composition of the installation, that is the metal plates that project upwards, is intended to symbolize the pinnacles and the crests of the mountains that surround the town of Bienno.