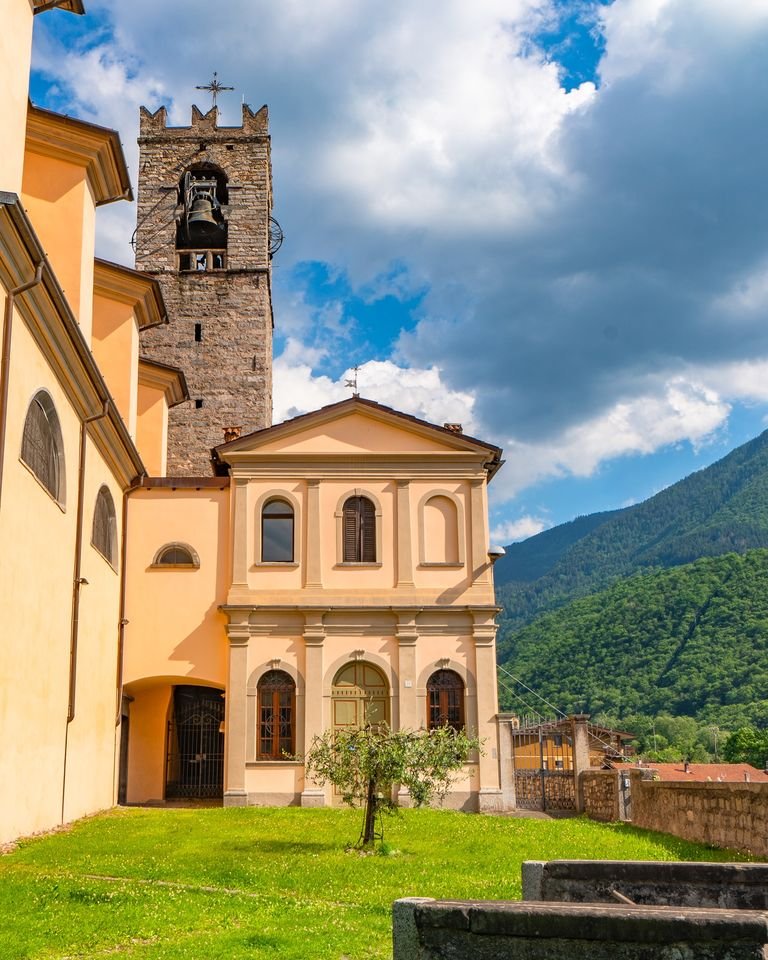 The Oratory of Suffragio known by the Biennese as "Church of Santa Geltrude" was built in the second half of the seventeenth century at the behest of the Confraternity of Suffragio alle Souls purganti which asked for an "oratory for particular devotions and offices";

The structure, connected to the parish church by a suspended arched corridor, has a facade divided into three colonnades, a central horizontal cornice and a higher one with a triangular roof.

The side walls are unusable, as the one on the left is closed by an iron gate, the entrance to the bell tower and the one on the right overhangs the street below, Via Re.

The interior, with a rectangular nave covered by a flat ceiling with a quadrangular presbytery covered by a cross vault, has several frescoes dating back to the first half of the eighteenth century.

They vary from Death on horseback to Time with an hourglass passing through Heaven, Hell and the Last Judgment, many frescoes some dark others less all of fine workmanship.